You are here: Home / Women’s Self Defense Classes 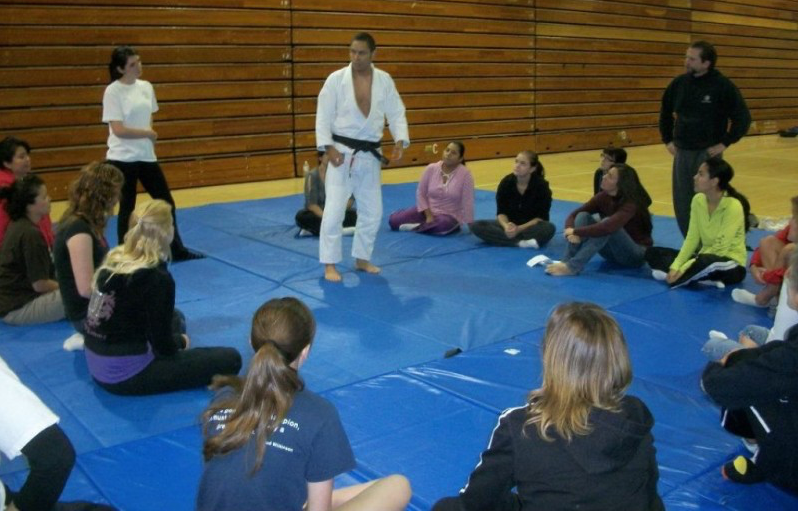 Join us for a free class !

Self Defense For Women in Rancho Cucamonga

At Javier Vazquez Jiu Jitsu Rancho, we take teaching female self defense classes very seriously.  We believe that empowering women with the knowledge and confidence that it takes to know that they can defend themselves against a male attacker could transform them forever.  We discuss how simple awareness could be the difference between being a victim of an attack and avoiding it all together.  We discuss how to identify a possible attacker and how to deal with that face to face and physical confrontation that could arise.  We also discuss and teach defenses to the most common attack scenarios for women that are attacked by men.

Most martial arts will teach women that just punching and kicking is a realistic solution or even an efficient form of self defense. At times, at even more scary rates, women have the belief that hitting an attacker in the groin is a good enough solution to a bad situation.

None of these options are reliable and effective. As a matter fact, hitting someone in the groin is possibly the WORST thing that women can do in a real life-threatening situation.

Our school is prepared to provide women with an effective strategy, both standing and on the ground, against an attacker who is bigger, stronger, and capable of hitting back.

Women and Teens (Fridays 5pm and Saturdays 10am)

Self Defense and Martial Arts Classes in Rancho Cucamonga, CA